YUFA members hold letters that spell "Notice to Bargain" at a Stewards' Council meeting on February 2, 2018.

On February 2, 2018, shortly after Stewards' Council ratified YUFA's primary negotiating positions (PNPs), YUFA served notice of intent to bargain with the Employer. The current collective agreement expires on April 30, 2018. We are expecting to meet with the Employer in the coming months and plan to keep members informed by issuing regular bulletins that explain and contextualize our key issues, and provide updates about the progress of negotiations.

YUFA will bring a number of issues to the bargaining table based on priorities expressed by our members. These include increasing salary and annual PTR increments, as well as benefits for both active and retired members. We will also be bringing proposals for improving university and collegial governance, adjusting teaching load to reflect standards at other universities, and others. We urge you to attend the General Membership Meeting (GMM) on February 15, 2018 at 12:00 p.m. where you will have an opportunity to provide feedback on and vote to approve of YUFA's bargaining issues. We will announce the details of the GMM in a separate message in the coming days.

The current bargaining environment continues to be challenging for all employees on campus. CUPE 3903 is in negotiations, and both CUPE 1356 and YUSA will be bargaining soon. It is crucial that we stand together to bargain from a position of strength so that YUFA can achieve improvements in all the areas mentioned above.

We are very fortunate to have an extremely knowledgeable and committed bargaining team, which includes the following members:

We invite all YUFA members to be part of a unit-by-unit mobilization over the coming months, which will help us provide the support our bargaining team needs for a productive and successful round of bargaining. 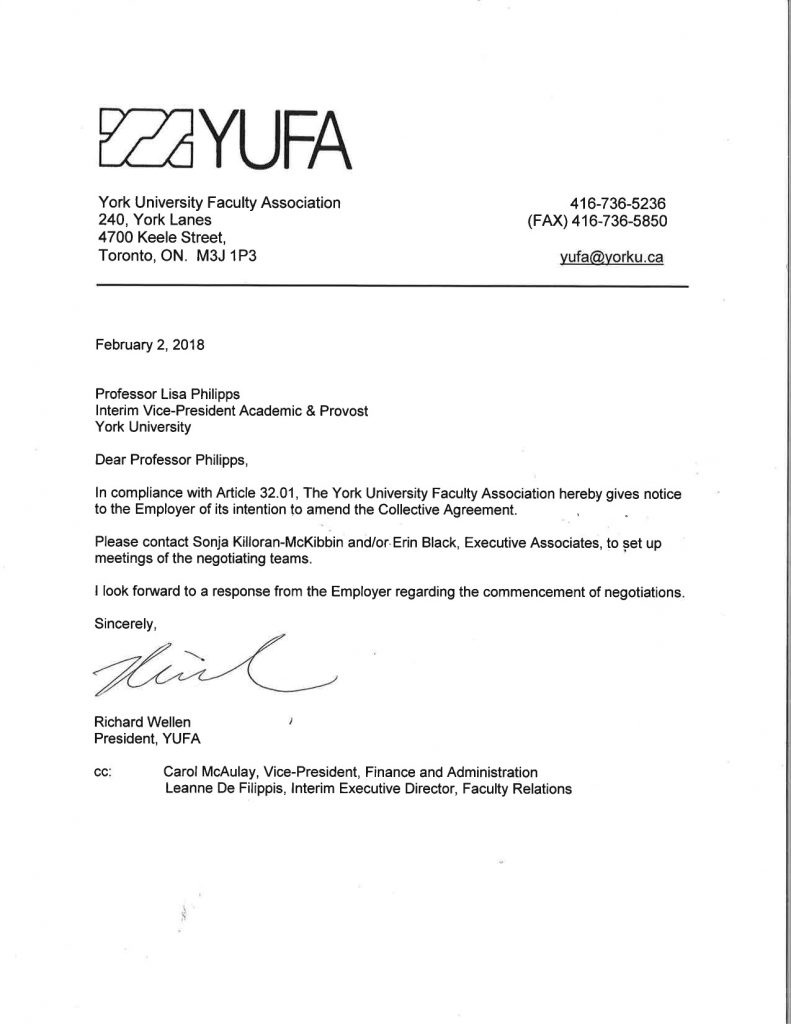