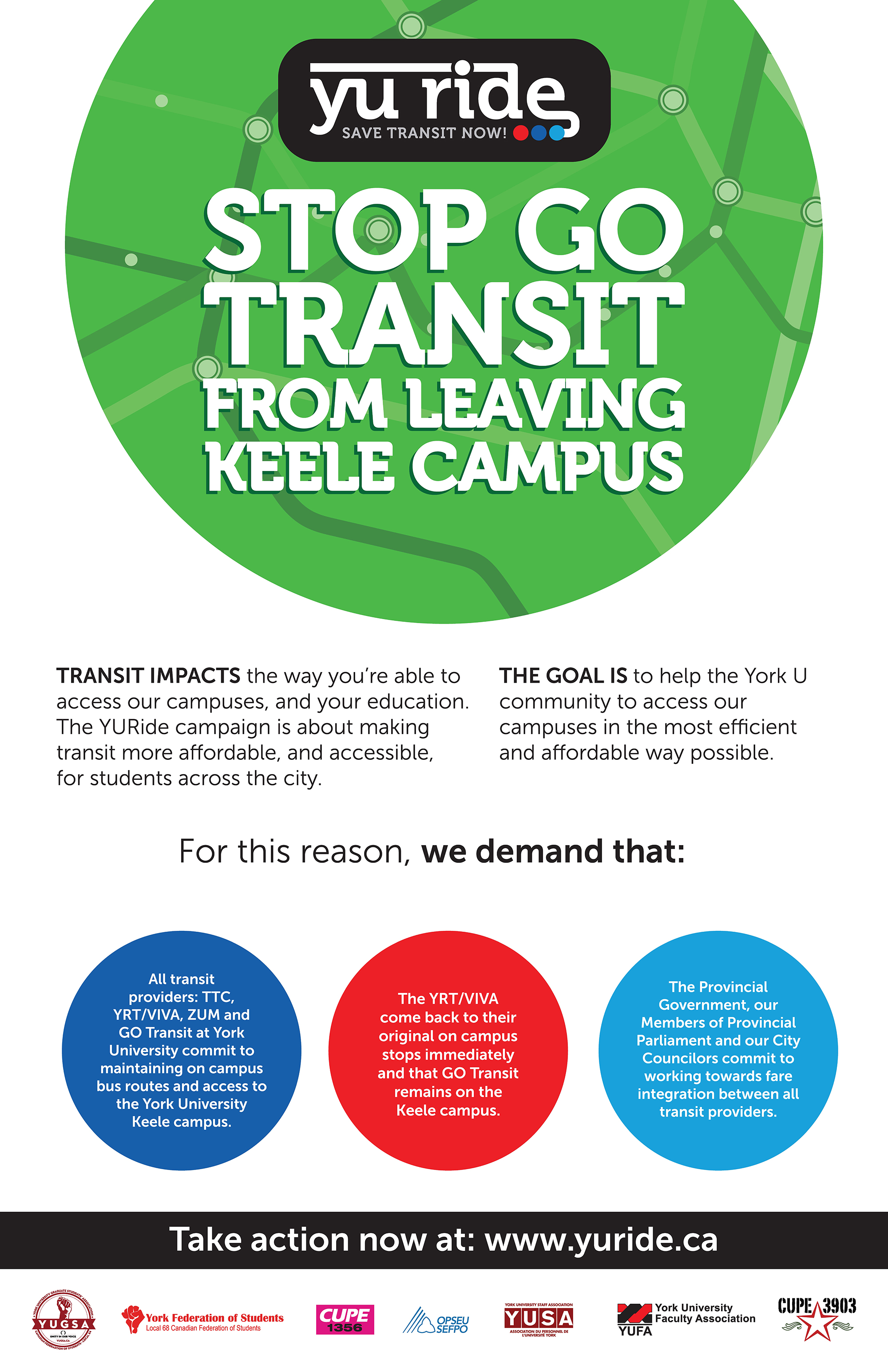 We urgently need your help to save transit at York University. Please click here and sign the petition to restore all YRT/VIVA/GO bus stops on campus.

Please also share this message with family and friends. Together, we can make transit on campus accessible and affordable!

An image of the first campaign poster, with the headline, "Stop Go Transit from leaving Keele campus"

As of September 2, York Regional Transit (YRT) no longer dropped off passengers on campus. Now, the YRT ends their bus routes at Pioneer Village Station at Steeles Avenue.

YRT users will have to spend over $1,000 per year in additional transit fees if they want to take the TTC subway to York University Station. Users who cannot afford these fees will have to travel on foot or by wheelchair to campus, which poses serious accessibility and safety risks.

In addition, on November 6, 2018, York University announced that GO Transit will cease operations from the Keele campus and instead will operate out of the Highway 407 station located at Jane Street and the 407 ETR.

We recognize that many students, staff, faculty, and community members are now being forced to pay double fare. York University is primarily a commuter school and the capacity to access our campuses using various transit providers contributes to that. When the TTC subway extension was announced, we were promised that commuters would have better access to transit.

Now we have a longer commute and dramatically increased transit costs. In order to maintain direct and shorter commutes with one fare, we require all transit providers to stay on campus.

But it doesn't have to be this way. YUFA is part of a campus-wide campaign to make transit at York University accessible and affordable.

This campaign is a joint-initiative of the York Cross-Campus Alliance, which includes the following groups:

An image of the second campaign poster, with the headline, "Bring back YRT/VIVA to Keele campus"