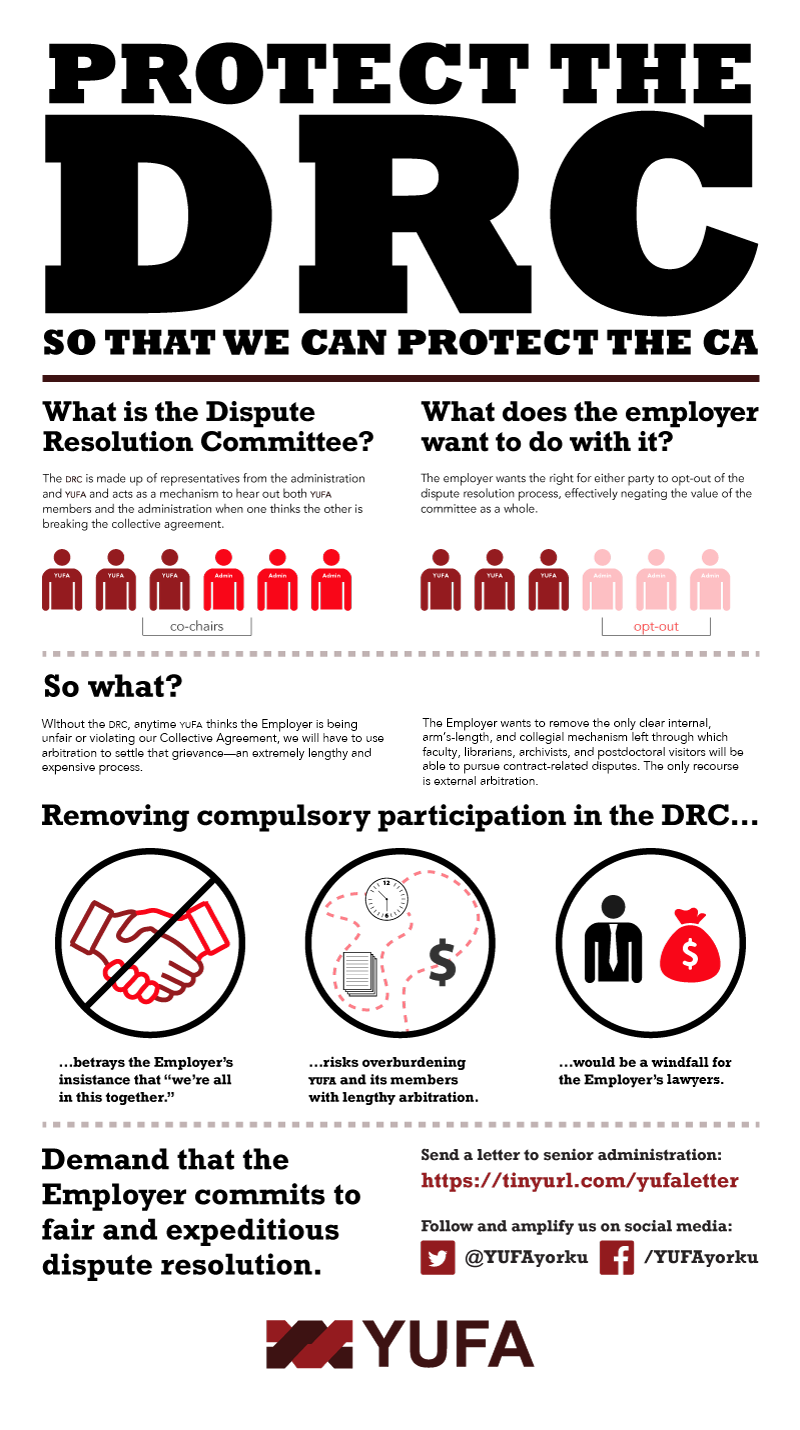 Attack on the Dispute Resolution Committee

What is the Dispute Resolution Committee?

Collegial governance is one of the chief concerns of YUFA members. There are few aspects of our work that are not affected by collegial governance; our bargaining proposals seek to counter managerial over-reach in several areas. In this Bulletin we address the employer’s proposal to eliminate the Dispute Resolution Committee (DRC).

The DRC, outlined in Article 9 of our Collective Agreement, offers an opportunity for YUFA members to take grievances to a neutral body comprised of both faculty and administrative members before going to external arbitration.

The DRC consists of a Chair and four members or side persons representing both YUFA and the Employer. The Co-Chair and YUFA side persons are appointed by the YUFA Executive Committee after a call out for interested applicants sent to the entire membership. The appointed Co-Chair becomes YUFA-exempt, since they must assume a neutral role with an eye to aiding YUFA and the Employer in the resolution of grievances. The two YUFA side persons retain their bargaining unit status. The Employer also selects its own side-persons.

YUFA has no proposals related to the DRC while the Employer has proposed eliminating it entirely (i.e. striking Articles 19.14 and 19.15 and any other references to the DRC from our Collective Agreement). They have not proposed anything to replace the existing DRC, simply that it be done away with.

Why would the Employer seek to eliminate this collegial body?

The rational provided to YUFA consists of the following three arguments.

“The threatened abolition of the Dispute Resolution Committee is my number one reason for voting YES:”