YUFA Exec: ‘We must all join the fight against anti-Black racism’ 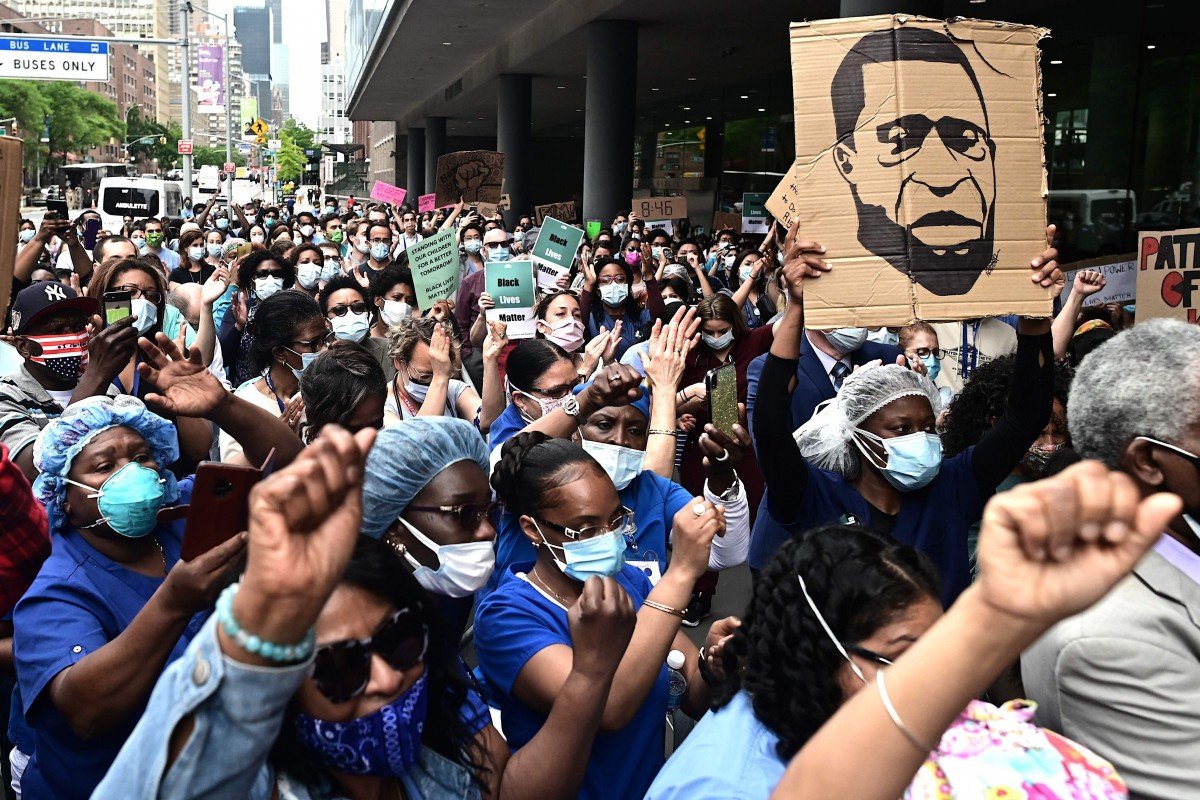 On behalf of the entire membership, the Executive Committee of the York University Faculty Association (YUFA) expresses our full solidarity with the growing global movement against anti-Black racism. Like millions of people around the world who have been moved to protest in the last two weeks, we are sickened, horrified, and outraged by the racist murder of George Floyd by four Minneapolis police officers on May 25. We condemn this act in the strongest terms and extend our deepest sympathies to his family, friends, and community.

In the words of his loved ones, may he rest in power.

These acts of violence are part of the same systems of oppression and colonial domination that gave rise to the epidemic of Missing and Murdered Indigenous Women and Girls, which we condemn as a Canadian genocide, and that continue to expose Indigenous communities to widespread police violence.

In response to George Floyd’s racist murder and to years of systemic police violence against Black people, the world has erupted in anger—and rightly so. Protests continue in every corner of the United States, from its biggest cities to rural and small-town communities. Similar protests are underway in Canada, and we encourage our members to join and support them.

As the public focuses its attention on the crisis of anti-Black racism, we must be clear that police violence is just one aspect of this scourge. Anti-Black racism is everywhere and Black people experience it on a daily basis. Our Black colleagues, co-workers, students, and community members have been telling us this for a long time, but we have not always been listening. And for this, we apologize. We must now turn our full attention to the Black scholars, leaders, activists, and organizers, many of them members of the York University community, who have long been leading the fight against anti-Black racism, and hear their stories, follow their lead, and give them our solidarity.

At this moment of grief and anger, we must also reflect. What does it mean to be Black at York University? A Black faculty member? A Black librarian or archivist? A Black student? A Black staff person? A Black neighbour? What has the Black community been telling colleagues that has not been heard or understood? For those of us who are not Black, what has our role been in all of this?

As part of this discussion, we must acknowledge the structures of white supremacy that inform our day-to-day practices and all our social interactions. We must all become aware of the practices and behaviours that cause harm to others, and develop new ones that meaningfully support equity, diversity, and inclusion.

As faculty, librarians, and archivists at York University, we hope that no one in our community would consider themselves to be racist, but we acknowledge that having such a mindset in no way guarantees that we do not inadvertently or unconsciously participate in racist acts. Regardless of intentions, non-racialized people in racist cultures often do racist things and do not realize it. It is the effects of our actions, not our intentions, that matter when we cause harm to others.

Understanding the difference is essential to acknowledging and validating the experiences of our Black, Indigenous, and racialized colleagues, co-workers, students, and community members, and it is key to learning from them. We must centre in all our practices the well-being of all community members who are experiencing harm, and support and defend them as they resist such harm.

YUFA has a lot of work to do in this regard. As an Association, we must acknowledge our own failings in supporting our Black members and the struggles against racism that they are leading; we must acknowledge the lack of diversity and representation in our own leadership, on union committees, and in union spaces, and work tirelessly to remove the longstanding barriers that prevent some colleagues from participating as fully as possible; and we must acknowledge the ongoing harm that Black, Indigenous, and racialized colleagues experience as a result of such barriers in our Association and its governance bodies and structures, so that we can make appropriate amends.

This statement is only a first step in this direction. We acknowledge that YUFA must urgently develop concrete proposals in the coming days and weeks, if these words are to be taken seriously, and engage our membership in meaningful actions that can help transform our union, our workplace, and the University as a whole. To that end, we commit to developing an action plan that centres Equity in all the Association’s work and that builds on the initiatives and recommendations of our colleagues, co-workers, students, and community members who have been leading the fight against racism at York University. We will announce the next steps of this plan as soon as possible.

The breadth of the protests in the United States, in Canada, and around the world suggests we could be at a turning point in the struggle against racism. On our own campus, we are heartened by the numerous statements of solidarity and support generated by our students and colleagues, by departments and programs, by councils and committees, and even by some administrators.

However, we also note the huge gap that exists between what racialized members experience at the University and the senior administration’s claim to oppose racism and other forms of oppression. As we note about our own Association, it is not enough to issue statements. We call on the University leadership to match its words with deeds.

An immediate first step would be to implement as soon as possible the four recommendations of the Joint Subcommittee on Employment Equity and Inclusivity, especially the proposal for a targeted hiring program for Black faculty. YUFA endorses these recommendations and notes the growing consensus on campus for their immediate implementation.

Likewise, YUFA endorses the “Call for Action by the Race Equity Caucus [REC] on Anti-Black Racism at York University,” the first public statement to call for the implementation of the Subcommittee’s recommendations. Despite the challenging circumstances of the pandemic, there is no reason the administration could not implement the proposal for targeted Black hires. As the Call for Action observes, OCAD U just announced on June 2 its “hiring of five new tenure-track faculty members who self-identify as Black peoples of African Descent”—if York wants to live up to its public statements on Equity, it should follow this example without delay.

In addition, REC highlights the critically important work of Black students, staff, faculty, and community members who have created a platform to share their experiences of anti-Black racism at York University. Their student-led town hall meeting on February 27, 2020 attracted over 200 participants. REC also raises its concerns about the administration’s response to faculty members’ experiences of systemic anti-Black racism at the University.

YUFA is committed to deepening our involvement in community-led initiatives against racism, as well as continuing to support all colleagues, as is our duty, who raise complaints about racism or any other form of oppression, harassment, or discrimination.

In this period of intense grief, we acknowledge the pain and trauma that our Black colleagues and community members are experiencing, along with other racialized and Indigenous communities. We extend our unconditional solidarity and support and commit to renewing and deepening our collective participation in the struggle against racism in this institution.

We find strength in the resistance that is spreading all over the world to anti-Black racism, to police violence, to all forms of economic and social oppression, and to all instances of injustice. At the heart of this resistance is a justified outrage at the violence and oppression that so many people continue to experience. But there is also the hope that a better world might be possible, and the sense it is more urgently needed than ever.

Nothing will change unless we act together. Let us not wait a single second more.