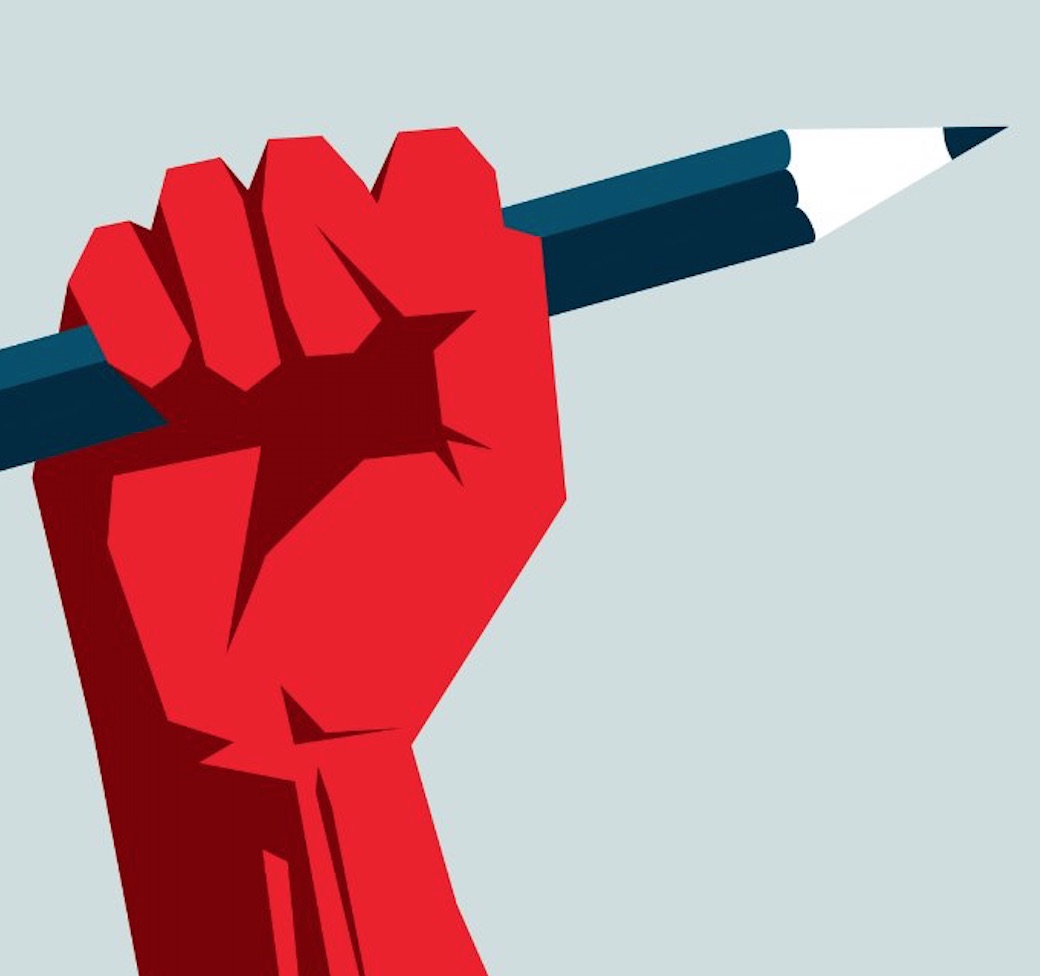 As an expression of our unwavering support for academic freedom, YUFA's Executive Committee has decided to share the following letter sent from Osgoode Hall Associate Professor Faisal Bhabha to President Rhonda Lenton on August 25, 2020. This letter concerns events that occurred subsequent to earlier communications to YUFA members following the publication of the Cromwell Report.

In his letter, Prof. Bhabha describes a shocking public campaign against him that seeks to discredit him and that calls on President Lenton to prevent him from teaching courses in his area of specialization, international human rights. This campaign, initiated by B'nai Brith, was organized in response to comments Prof. Bhabha made during an online panel discussion about the IHRA definition of anti-Semitism. Prof. Bhabha has subsequently been the recipient of significant hate mail and threats against his life. This correspondence has been turned over to Toronto Police Services. Some of it replicates email messages that a number of members of YUFA's Race Equity Caucus received earlier this year that were Islamophobic in nature and similarly threatening.

The details of these events are outlined in Prof. Bhabha's letter, which appears below this statement.

As the professional associations and certified bargaining agents of Osgoode Hall full-time faculty and York University full-time faculty, OHFA and YUFA respectively have the responsibility to protect and defend the academic freedom of all colleagues. The first sentence of Article 10 in the YUFA Collective Agreement, which appears as Article 11 in the OHFA Collective Agreement, commits the University to uphold, protect, and promote the principle of academic freedom in a way that sees this as more than just a right of our (YUFA's) members:

"The parties agree to continue their practice of upholding, protecting, and promoting academic freedom as essential to the pursuit of truth and the fulfilment of the University’s objectives."

Academic freedom concerns our right to teach, publish, and disseminate research in our academic fields without political interference from administrative or outside bodies. The panel in which Prof. Bhabha spoke was hosted by Ryerson University's Centre for Free Expression, to which Prof. Bhabha was invited to speak in his capacity as an internationally respected scholar and legal authority on human rights. York's commitment to "upholding, protecting, and promoting academic freedom" irrefutably applies to his remarks in these proceedings.

In addition to defending the academic freedom of our members to conduct research and teaching in accordance with their professional judgement and qualifications, and supporting OHFA's parallel defence of its members' academic freedom, YUFA has asserted our strong opposition to racist discrimination and racist violence against Black and Indigenous communities and against all racialized faculty and students. We wish to take this opportunity to note that Islamophobia, along with anti-Semitism, remains an equally virulent form of racism in Canadian society and that it continues to tarnish and denigrate our academic institutions through direct and indirect attacks on the professional and intellectual life and reputation of university scholars and teachers.

We call on President Lenton to publicly repudiate this deplorable campaign against our Osgoode Hall colleague and to state clearly that the University supports his academic freedom, esteems his professional and scholarly reputation, and denounces all attacks on his personal dignity and safety.

On June 23, 2020, B'Nai Brith issued a press release and posted an online petition calling on you to bar me from teachinghuman rights courses at York. On July 14, 2020, you responded privately to B'nai Brith in a letter addressed personally to its CEO in which you also referenced a prior phone call discussion.

To this day, I have not received a phone call or communication from you regarding the petition. More importantly, the public has heard absolutely nothing from the University about the petition. The petition triggered a wave of racist abuse directed at me, which I assume to be one of its objectives. The petition harmed my professional reputation in the public and within the University, which I also assume to be one of its objectives.

As I prepare to go back to fall teaching in my area of expertise—human rights—and as one of the few racialized faculty members teaching in this area, the ugly smear that B'nai Brith perpetrated against me has been aggravated by your refusal to publicly condemn that group's tactic and distance York University from the racist backlash directed at me personally.

The petition arose from my engagement in the core duties of my employment as a scholar and teacher in my areas of expertise. I participated in an academic panel discussion organized by Ryerson University's Centre for Free Expression (CFE) and co-sponsored by the Canadian Civil Liberties Association (CCLA) on June 10, 2020 titled, "Fighting Anti-Semitism or Silencing Critics of Israel: What's Behind the Push for Governments to Adopt the IHRA Definition of Anti-Semitism?"

The petition takes aim at the substance of comments I made during the forum. B'nai Brith took my words out of context and presented them as anti-Semitic. They claimed that I had "smeared this country's Jewish community" by transforming "hundreds of thousands of Canadian Jews into 'Jewish supremacists'", which is factually untrue. It also alleges that I suggested that the "Jewish State may have 'exaggerated' the murder of 6-million" Jews, which is also a lie.

On that basis, CEO Michael Mostyn demanded that I "no longer teach any human rights courses" at York. Independent Jewish Voices (IJV) immediately denounced the petition as a gross distortion of my words.

The issue under discussion in the panel—the IHRA Definition of Anti-Semitism—was timely and my remarks were well within the ambit of lawful and respectful speech. My credentials as someone who has lived in the region and worked for both Israeli and Palestinian human rights organizations, represented human rights causes for equality-seeking communities in Canada as a lawyer, taught human rights law for a dozen years as a law professor, and served for three years as Vice-chair of the Human Rights Tribunal of Ontario more than qualified me to express my opinions on the panel. Moreover, the opinions I expressed were not controversial or extreme. They were consistent with my interpretation of the facts, law and policy, and are shared by fair-minded, well-informed and reasonable people the world over. In my opinion, the views expressed by some other members of the panel could be characterized as hard-line, right-wing or misinformed. This is what made the panel interesting: there were deeply differing views. It is also worth noting that I was the only racialized member of the panel, as well as the only non-Jewish speaker. It is also worth noting that at least one other member of the panel, Sheryl Nestel—a self-identified Jewish Israeli—concurred with and repeated my statements about Israel but has faced none of the smear that was directed at me.

Following the panel event, I received scores of positive messages from academic colleagues and members of the public locally and abroad, many whom I had never met before. For nearly two weeks, I did not receive a single piece of harassing, discriminatory or abusive communication.

Then, almost instantly upon the B’nai Brith petition launching, the messages began coming in: "Fuck you. Pack your camel bags and leave." That chilling message reminded me that no matter what accomplishments I achieve, my race and stereotypes about my identity will always construct me as an outsider. The insults continued to flow for days. "Fraud", "liar", "hack", "scumbag", "anti-Semite" are a few of the epithets directed at me. I was accused of being "a host for a virus" and that my students "need to be inoculated" against me. One writer threatened to disrupt my classroom and assault me: "I may have to attend one of your lectures… I will assuredly not be silent. Rotten eggs really smell..." Many used racist language to describe the Palestinian people, and "you people"; others denigrated the academy.

On the whole, the negative feedback was miniscule compared to the massive outpouring of support I received. However, even one piece of racist hate mail is an unacceptable cost for engaging in legitimate scholarly work. B'nai Brith should be held to account for using dangerous dog-whistle tactics against a racialized faculty member. Moreover, while the University should stand up for all of its faculty members' academic freedom, it should do so especially for a racialized faculty member facing unwarranted and unprecedented efforts from outside the university to interfere in my academic freedom.

The intended and actual impact of the baleful petition has been to cast aspersions on my character, undermine my credibility in my area of scholarly and professional expertise, and poison the minds of my students, current and former, about my ability to teach fairly and treat all respectfully. It makes it more difficult for me to support and mentor minority students. It has harmed my reputation within the legal community, the human rights community, the Muslim community and the broader community. Even those who know that the accusation is false may be chilled in associating with me by reason of optics or fear. There is indeed a widespread perception that I have been wronged at the hands of B'nai Brith; but the University's silence appears to tacitly endorse the smear. This adds to the perception that York University is not even-handed, perpetuating a culture of silencing and fear. This ultimately erodes not only academic freedom, but freedom of expression more generally. If universities can't be trusted to stand up for expressive freedom, who can?

The negative backlash I have received is consistent with how Muslims have generally been perceived and treated in the post-9/11 era. It is also consistent with how I've been treated by right-wing trolls and bullies for most of my career speaking out against all forms of oppression. This is not the first time that I've received racist hate mail. False accusations are made more easily against minorities and are more likely to stick when they exploit stereotypes. Groups like B'nai Brith understand that falsely accusing a Muslim of being intolerant or extremist, in the context of post-9/11 Canadian Islamophobia, is certain to cause injury by inciting hateful and even violent responses, regardless of the truth of the allegation. Some of the more threatening email I received as a result of the petition is demonstrative of this. B'nai Brith clearly either intended this outcome or was reckless to its likelihood.

What is also clear from the record is that if B'nai Brith truly sought a dialogue with you about me, all they had to do was pick up the phone. You evidently have a strong and friendly relationship with that group. The petition was not about getting your attention; it was about riling up the base, unleashing the hate on me, and setting an example for anyone else who dares to speak their mind. It is this tactic that you owed me and the broader community a duty to denounce in no uncertain terms.

My retired colleague, Jamie Cameron, has penned an insightful piece on the relevant issues. Cameron has called out your failure to fulfil a key leadership mandate, namely to be accountable to faculty. It is trite to say that universities should be places where ideas can be freely exchanged without fear of reprisal or interference. It is also trite to observe in this era of elevated awareness of racism and the legacy of white privilege that university leaders must stand firm against the unfair targeting of minority faculty members. Yet, two months on, you have still not publicly rejected the racist petition calling for my removal. I am demanding that you do that now. It is not yet too late to get on the right side of this.