YUFA, allies issue open letter to Board of Governors 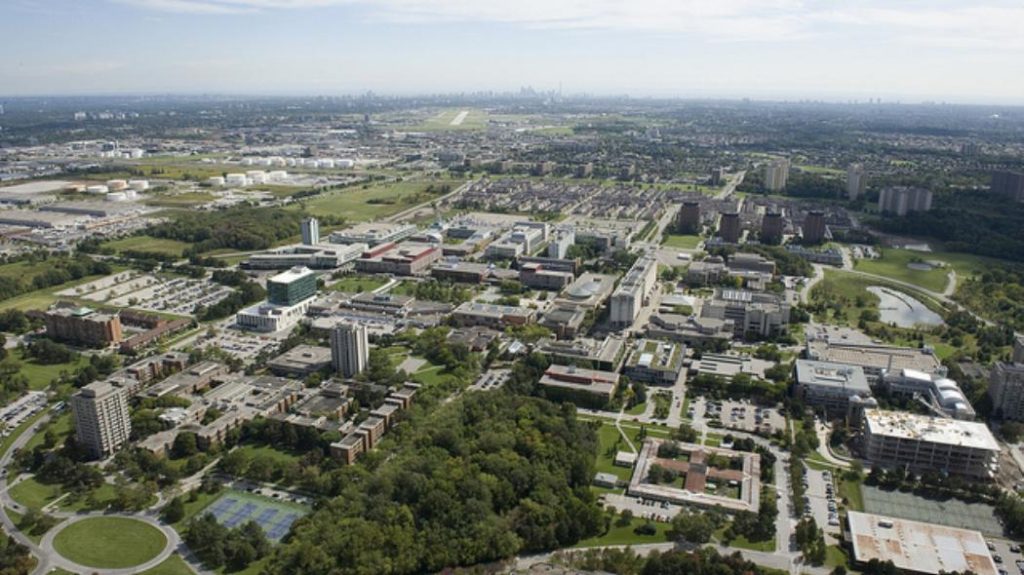 A south-facing aerial view of the Keele campus, York University

Five representatives of the York Cross-Campus Alliance (CCA), including YUFA, will speak for ten minutes at today's Board of Governors meeting. During a "closed session" of the meeting, the Board will vote on the presidential search committee's recommended candidate for president. YUFA and the other member associations of the CCA are encouraging their members to attend the meeting, which takes place on Tuesday, February 28 from 1:30 p.m. to 4:30 p.m. on the 5th floor of Kaneff Tower.

At the meeting, CCA representatives will distribute the following open letter to members of the Board of Governors and members of the public. The letter will be distributed to the membership of each of the member associations of the CCA.

Open letter to the York Board of Governors: ‘You can prevent a failed search’

Why are we writing this letter?

We, the member organizations of the York Cross-Campus Alliance, are writing this open letter to the Board of Governors to help prevent a failed search for the new President of York University. As the representatives of the main employee associations and the main student federations on campus, we collectively represent tens of thousands of students, staff, and faculty at York University.

Like our members, we care deeply about the future of York, and want to see an outcome that helps improve the University, not makes it worse. This letter, along with our two previous joint-statements, is an attempt to state publicly our serious concerns about the process and its possible outcome, and to ensure that the Board is fully aware of these concerns before it makes its decision.

Has the search been consultative?

Despite the recent claims of the search committee, we do not believe the process has been consultative of our members’ particular perspectives and experiences. In response to the two joint-statements, the search committee released a long list of “consultations” it conducted, from town hall meetings to requests for letters—as if this alone would alleviate our concerns.

What the committee failed to reveal is the nature and content of such consultations—that not all groups were invited to participate; that town hall meetings were held when very few students were on campus, or when other community members were unable to attend; that consultations were poorly advertised; that only a handful of search committee members actually attended each meeting; that the majority of consultations were with current or former administrators, not the majority stakeholders on campus; that the student and faculty representatives on the committee were elected by Senate, not directly elected by their constituents; and that being consulted is not nearly as meaningful as having a real seat at the table.

Far from instilling confidence that the search has been consultative, the evidence provided by the committee actually validates the concerns of its critics. One timeline of meetings released by the committee indicates that its first consultation was with the same person it is believed to be the committee’s recommended candidate—this might be a coincidence, but the Board appears oblivious to any sense of optics. Another revealing fact is the committee’s admission that, after a year of consultations, it has received “several dozen” letters from community members: contrast that to YUFA’s ten-day poll which generated responses from 899 members, over 330 of whom provided additional comments.

The search process for a new president should be an opportunity to unite, inspire and re-invigorate the entire York community. By the time the search committee makes a recommendation, all constituencies should feel confident that they actually had the chance to be heard, and that their particular perspectives and experiences have meaningfully shaped the outcome. Having had regular and relevant updates all along the way, community members should feel a growing sense of excitement and anticipation about the announcement, and that a new and positive chapter is about to open in the life of the University.

At this point, we should be preparing for a campus-wide celebration to rally behind York’s new leader. Both the search committee and the Board of Governors should be welcoming the entire York community to witness the announcement in an open and public setting that has long been publicized to everyone on campus.

What we are witnessing now is the opposite of all the qualities and characteristics of a successful search. Instead of uniting and inspiring the York community, it has so far divided and demoralized it, and is set to deepen those divisions even further.

After months of silence, the search committee has issued a flurry of last-minute announcements—but only in response to the widespread criticism of numerous campus groups. These announcements have been noticeably defensive and, in the case of the video released on February 21, almost didactic in their efforts to convince community members that the search has been consultative. That such a video was necessary so late in the process itself speaks volumes.

Instead of excitement and anticipation, community members feel outrage that the Board is about to rubber-stamp a highly divisive recommendation, and that it plans to do so behind closed doors—a sign of the Board’s own lack of confidence in the process.

To proceed with such indifference to the widespread concerns of the York community would not only deepen the crisis of governance at York, but also call into question the legitimacy of the Board itself.

Can the process be salvaged?

Despite the numerous problems with the process, including those that are only now coming to light, there is a way forward: the Board could vote to reject the recommendation of the search committee and initiate a new search—one that meaningfully engages and includes the vast majority of the York community, and that arrives at a decision that most members support.

The Board should note: the appointment of a candidate is not the same thing as the completion of a successful search. Simply ramming through a controversial choice—cloaked in the secrecy of a “closed session”—would impose a decision on the community against its will, and set in motion a period of increasingly strained labour and student relations with the York University administration.

The Board would be wrong to assume that this problem will just go away once the decision is final. Consider that the contracts of three of York’s largest employee groups will expire in the next year; if bargaining takes place in this context, the entire community should plan for more disruption in the years ahead.

This is not hyperbole. The unprecedented and sustained opposition of almost every trade union and student union on campus is the only unity that this search has so far inspired. By contrast, not a single campus group outside the search committee has emerged to speak in its favour.

A just but delayed recommendation is more preferable than a flawed one that meets its deadline. We therefore call on the Board to reject the recommendation of the search committee and to initiate a new, more open search, the terms of which should be developed by all the major stakeholders at York University: students, staff, faculty, alumni, and community members.

It is not too late to do the right thing: listen to our concerns and set in motion a process that reflects the real values and aspirations of the York University community.