Prevent What Happened at Laurentian from Happening Elsewhere 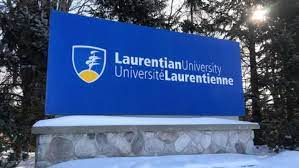 CAUT is directly calling on all members, incuding YUFA members, to write to the MPs to ask them to support amending the Companies' Creditors Arrangement Act (CCAA) to exclude publicly funded institutions from bankruptcy protection from creditors -- the process Laurentian's Administration invoked that led to the layoff of a large number of faculty and the cancellation of many academic programs. Please see CAUT's call to action below:

The time is now to remind MPs that we need to take action to prevent more crises like what we saw at Laurentian University. We have just a few days before MPs break for the summer and head into a potential fall election. We must protect public institutions from being underfunded and filing for bankruptcy. This devastates students, staff, families and communities.

OCUFA has created a resources site and tool kit for members to stay informed and to show solidarity with Laurentian faculty. Check OCUFA's website as well as www.northernsolidarity.ca.

See also the following actions taken by other faculty associations in Ontario:

Other actions in support of Laurentian faculty include:

• Save our Sudbury (SOS) Coalition: Click here for a list of calls to action and ways to stay involved in SOS.

For many faculty members who received termination notices or whose teaching contracts were not renewed for the following year at Laurentian and the federated universities, Saturday, May 15th was their last day of work. To mark the occasion, the SOS coalition held a solemn gathering honouring the vast contributions made by faculty and staff both to the academic community as well as the broader Sudbury community. There were powerful musical and theatrical performances which ended in participants calling out President Haché and Minister Romano on their terrible decisions and inactions. The event lasted for over three hours with faculty, staff, students and community members sharing stories of grief, hope, and resolve to continue fighting!

The CLC has launched a petition calling for the exclusion of public institutions like Laurentian University from accessing the CCAA. Specifically, the ask is to amend the CCAA to exclude publicly funded institutions from seeking bankruptcy protection from creditors. Please sign the petition and distribute it as widely as possible.
English: https://canadianlabour.ca/campaigns/protect-public-institutions-protect-laurentian-university/
French: https://congresdutravail.ca/campaigns/protegeons-les-institutions-publiques/

On May 5th Nickel Belt NDP MPP France Gélinas received support in the Ontario legislature to have the provincial Auditor General investigate how Laurentian University became insolvent. Gélinas’ motion was passed at the Standing Committee on Public Accounts. Haldimand—Norfolk Conservative MPP Toby Barrett who sits on the Committee said he wasn’t aware that this had happened at Laurentian prior to the vote.