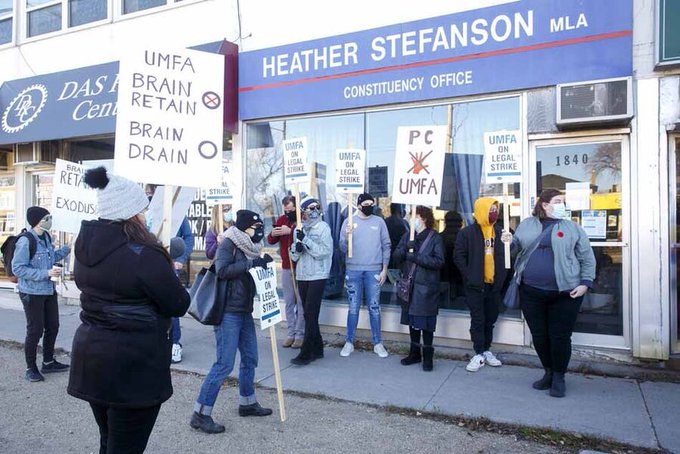 The York University Faculty Association (YUFA) is 100% in solidarity with University of Manitoba Faculty Association (UMFA) members who deserve better than below-inflation wage increases from a provincial government intent on undermining free and fair collective bargaining. The Government of Manitoba needs to abandon its interference in collective bargaining and the University of Manitoba administration needs to invest in the future of their faculty to enhance the quality of university education for its students. The strong 85 % strike vote demonstrates UMFA members’ deep dissatisfaction with the state of negotiations with their employer. The YUFA membership, who are similarly in negotiations with their employer and subject to a severe wage restraint legislation imposed by the provincial Progressive Conservative government, fully supports their UMFA colleagues in their fight for a fair and just settlement. YUFA urges the University of Manitoba administration to return to the table with an offer that will bring its faculty compensation to a competitive and comparable level in the university sector across Canada.

The YUFA Executive has also voted to contribute $2,000 to MUFA colleagues in support of your fight for a fair and just contract.