In memory of Jeff Braun-Jackson 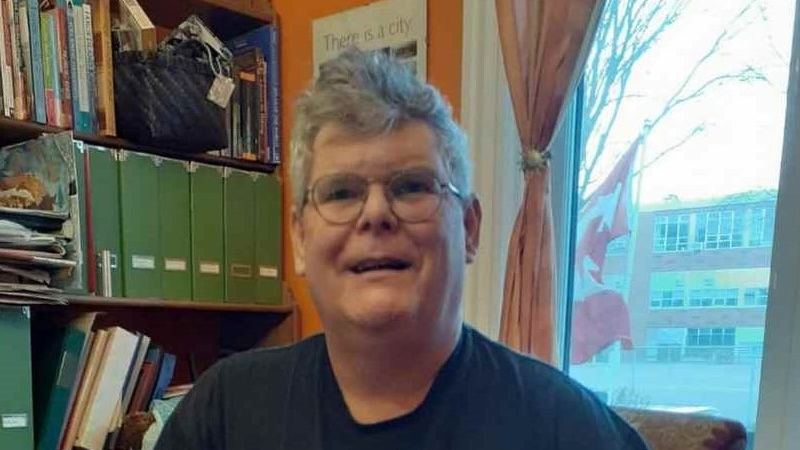 It is with deep shock and sadness that Sally and Willow Braun-Jackson announce the passing of their beloved husband and father, Jeff Braun-Jackson on February 22, 2022 after a brief battle with cancer. He was 58. Jeff gave tirelessly of himself to his family and to his work. Labor rights and protecting workers was his passion. Jeff is survived by wife Sally, daughter Willow; brother Jon Jackson; sister Jill Merko (Bob); a niece and three nephews. Visitation will be at 1pm to 2pm on March 26, 2022, at Christ's Church Cathedral, 252 James St N, Hamilton.

YUFA deeply grieves this loss. Jeff was a dedicated and stalwart staff member who provided invaluable support to many YUFA colleagues, and especially to the Executive Committee since 2014. He served as a beloved steward for his fellow CUPE 1281 staff colleagues who miss him dearly.

For those who wish to make a donation in memoriam, please consider the Jeff Braun-Jackson Memorial Donations to Liberal Arts Students. The funds will be awarded to a student in a liberal arts program who has had their academic progress impeded by some life circumstance beyond their control.